Metro moves to expand transit to Whittier before 2028 Olympics 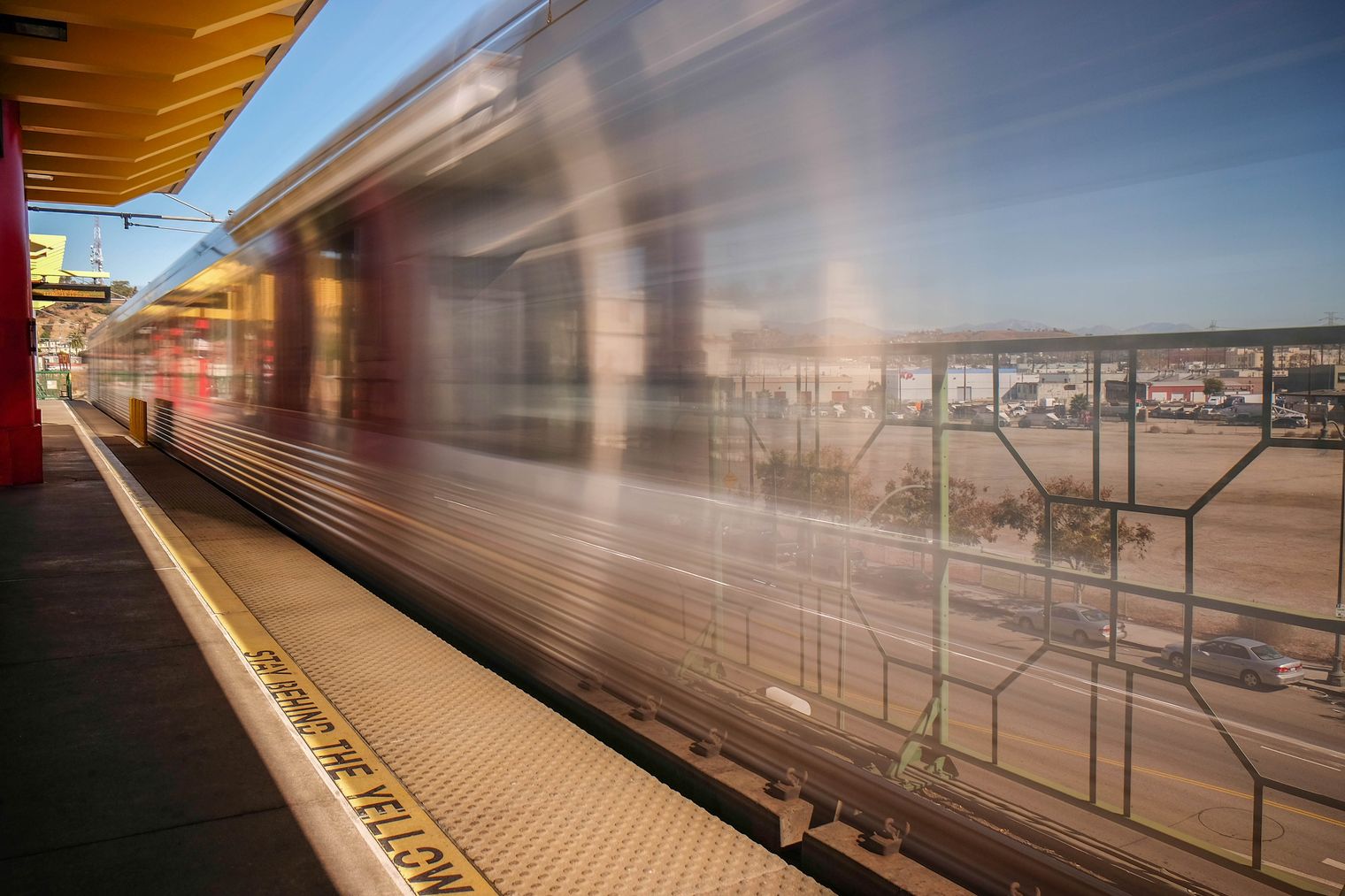 Metro is moving forward with plans to bring light rail service from East Los Angeles to the Orange County-adjacent city of Whittier.

The transit agency’s Board of Directors voted unanimously today to proceed with environmental review of the project, which would extend the existing L(formerly Gold) Line from East LA to the Gateway Cities.

The nine-mile rail line would stop at seven stations, including a redesigned Atlantic Boulevard station in East LA (where the train turns back today). The new final stop would be at the intersection of Washington Boulevard and Lambert Road, about a mile from Whittier’s historic downtown area.

Agency planners are hurrying to get construction started on the rail line,which is one of 28 projects Metro aims to finish in time for the 2028 Olympics.

“It would be absolutely a mistake to delay this item,” said director Janice Hahn. “We must go forward.”

According to a report from staff, construction of the light rail extension must get underway by 2023 to meet that deadline. That means that environmental review of the project, which can often take years, must get underway as soon as possible.

It will be focused only on a route traveling along Washington Boulevardthrough Commerce, Montebello, and Pico Rivera in route to Whittier.

A separate proposal for a train running alongside the 60 freeway to South El Monte is dead—at least for now.

Under Measure M, the sales tax initiative approved by Los Angeles County voters in 2016, a total of $6 billion is budgeted for both the Washington Boulevard route and the alignment alongside the 60 freeway. 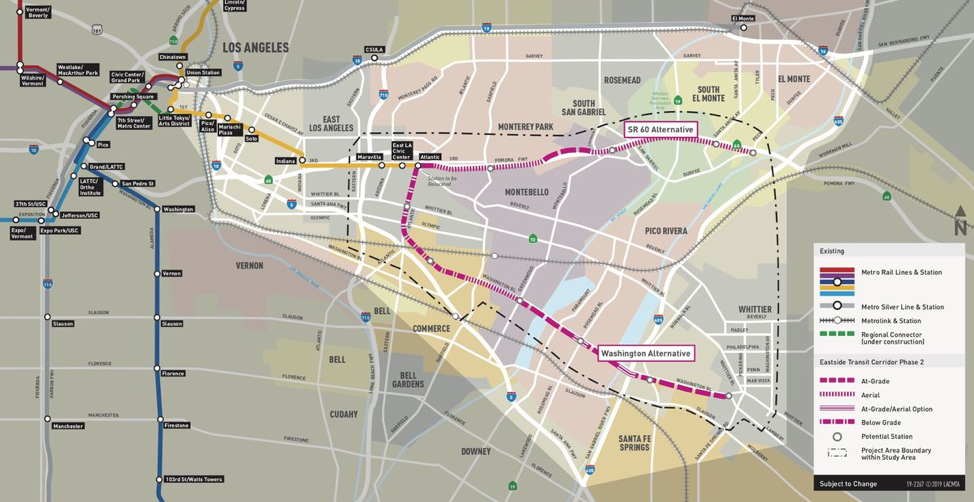 But after analyzing the two routes, Metro staff concluded that building both,and potentially constructing tracks to link them, would not serve enough riders to justify the cost.

Metro planning and development manager Jenny Cristales-Cevallos told the board today that narrowing the scope of the project down to one route option could speed things up.

Agency staffers have also identified multiple issues with the freeway-side alternative, including the need to avoid a former landfill where toxic material is now being removed and the difficulty of obtaining permits from Caltrans.

Metro Director Hilda Solis called the Washington Boulevard route a “more equitable” option, arguing that it would serve more riders who depend on public transportation to get around.

It’s still possible that a light rail line could be constructed alongside the 60 freeway, but a motion approved by the Board Thursday directs staff to study other alternatives, including bus rapid transit and even a monorail.

The motion also holds the agency to a prior commitment that $635.5 million budgeted for transportation projects in the San Gabriel Valley—which the freeway-running route would have served—will remain in the region.

Print Details
Previous post
Next post
What is an ADU or garage conversion? Feb 15: Home Buyer Lunch and Learn
Where to get starter home or income property meetup 5/30

For ADA assistance, please email compliance@placester.com. If you experience difficulty in accessing any part of this website, email us, and we will work with you to provide the information you seek through an alternate communication method. Melrose is an Equal Opportunity Employer and supports the Fair Housing Act.
Cindy Lee Real Estate

Sign Up
Already a User? Sign In
You have been successfully registered
Please check your email.
Go to the homepage
Sorry something went wrong
Please try again.
Try again